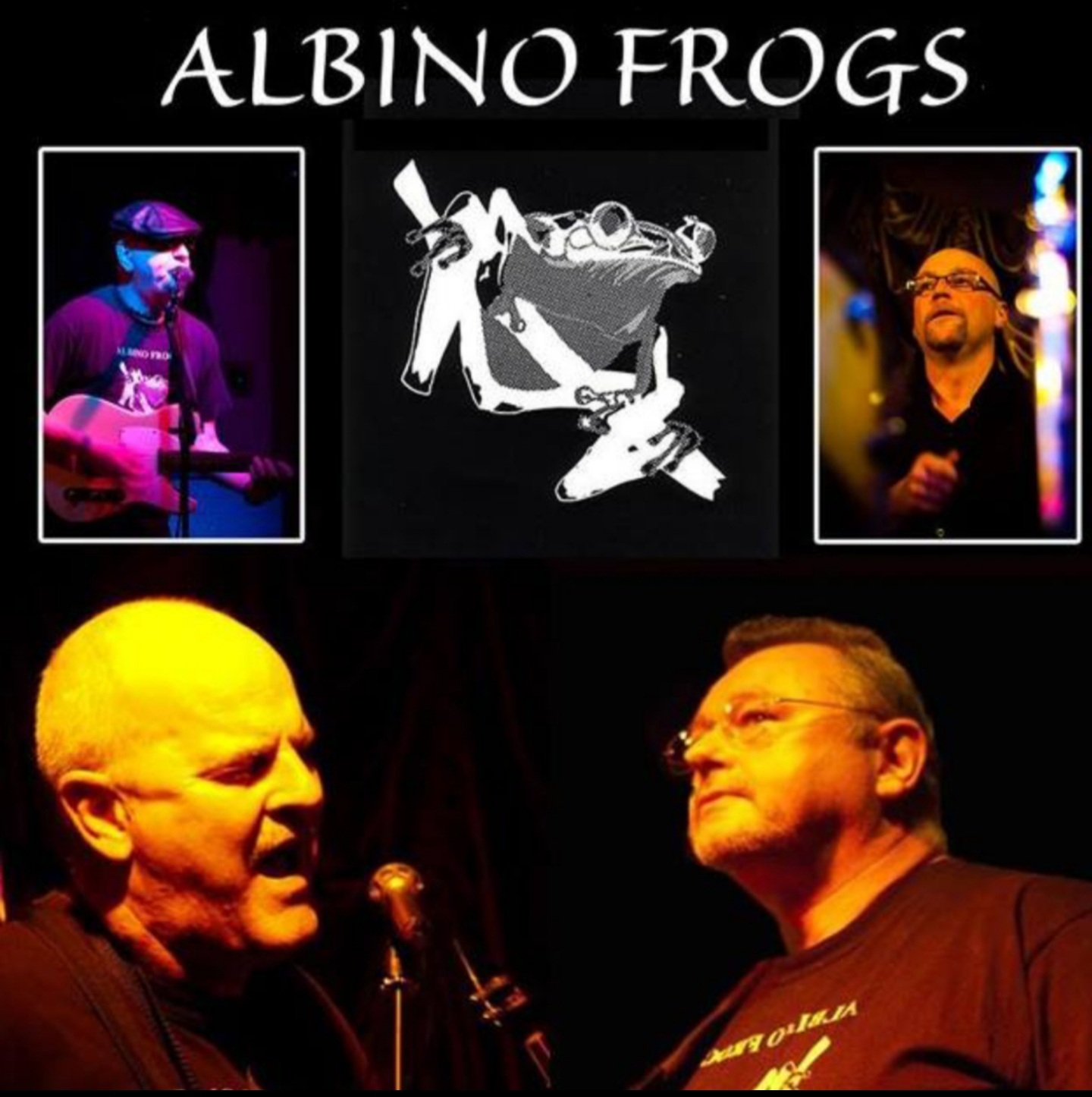 They are simply known as “The Frogs” to their ever growing number of followers supporting their smiling upbeat music, This four piece band from the South Wales Valleys appeals to all ages, as they deal out plenty of funky Latin rocky grooves, which get your foot tapping and the body swaying. It doesn’t end there, there's also a smattering of jazz and country thrown into the mix for good measure.

The song writing is top draw; it gets you going with instantly hummable melodies and memorable hooks, so much so that by the second chorus you are easily singing along. Solid yet funky bass and drums serving to underpin the slap and tickle guitar style and powerful vocals , with virtuoso saxophone soaring over the top is the the icing on the cake. With 3 part vocal harmonies in abundance, The Frogs generate a very full tight and inspiring sound.
Its Steely Dan meets Huw and Cry meets Average White Band, for those who like comparisons, but for this band, truly original and quirky is what they’re about. they continue to be big hits at festivals such as Brecon , Raglan, AberJazz .Llanelli Jazz ,'Swansea International Jazz Festival and Reading just to name a few. They continue to do the bread and butter gigs throughout UK never failing to entertain, not only via their musicianship, but also their sense of fun, with little quips and jibes going on all through the set which audiences pick up on. They have just released their third studio album " Big Dog"which is currently receiving great reviews and there is also interest in the band from as far afield as Austin Texas.

The frogs have had their music presented at the prestigious MIDEM cannes music festival with favourable responses from as far afield as South America.

Watch out for them, “tantalizingly different,” they could be hopping near you very soon.