ALAN DAVEY is an English musician now based in the California desert, first and foremost known for being the bass-player in legendary rock band Hawkwind from 1984-1996 and 2000-2006, 18 years in total. All Hawkwind fans agree he gave the band new life and energy and kept them going strong through the ‘80s and ‘90s and into the 21st century with his stage presence and “BIG BASS” sound. Fans also agree Alan replaced the sound the band desperately missed after Lemmy (who went on to form Motorhead) was sacked in 1975 who himself acknowledged Alan's unique skill and sound by crediting Alan as 'Bass Assassin #2 on Motörhead’s Orgasmatron album in 1986. Lemmy being #1 of course.

In 1985 Alan's idea of a mix of Hawkwind's 1975 old style mixed with the sequential synth style from 1982 triggered the idea for 'The Black Sword' concept stage show taken from the books of Michael Moorcock, the internationally renowned Sci-Fi writer. This show sold out thirty 1,000-2,000 seater venues and two consecutive night at Hammersmith Odeon, a 4,000 seater venue!

In a readers poll of 'Sounds' music newspaper ( the most published of its time then) saw 'The Black Sword' show voted 3rd best live show that year above the likes of Bruce Springsteen who was 5th. A huge achievement for 22 year old musician.!

Also in 1985 Alan performed live on top tv show at the time 'ECT' on Channel 4 with 'Magnum' and 'Venom' and through this Alan was offered another endorsement from two of America's top companies 'Peavey' & ‘Rickenbacker’.

Rickenbacker offered to produce a special custom bass for Alan to his specific requirements which he still has today as his #1 instrument.

Again at the mere age of 22 in front of an audience of 40,000 people he was headlining the UK's biggest rock festival 'Reading Rock 1986' supported by bands he used to go and see as a teenager.

Alan soon gained fans of Bass Guitar with many calling him the most exciting live Bass player ever!

When Alan left Hawkwind in 1996 due to musical constraints he felt he had with the band at that time he started creating solo albums where he could follow his own muse to a greater extent, the first of these being the critically acclaimed "Captured Rotation" which was released in 1996 and scored the highest mark (96/100) in Dutch/Belgium magazine Aardschok! It scored higher than Saxon, Cheap Trick and Motorhead amongst others in the same issue. In 1997 another solo album called 'Bedouin' had the same success as the first.

While working on his second solo production he also assembled a band of his own called "Bedouin" after the album title issued that year which enjoyed successful tours all over Europe and the UK. The band eventually folded in 2003 due to Alan rejoining Hawkwind again in 2000, not having the time for two major bands at the same time.

In 2000 Alan hooked up with Hawkwind again for the Hawkestra to celebrate the 30th anniversary of Hawkwind, an event at Brixton Academy which sold out but he still continued making solo albums at his home studio which resulted in the release of "Chaos Delight" on Italian label 'Black Widow Records'.

The solo productions from Alan slowed down after this due to rejoining Hawkwind and became involved with the UK's #1 underground black metal outfit 'Meads of Asphodel' (deemed so by a readers pole in Kerrang Magazine) who originally asked Alan to play Bass on one song for their new album at the time, a song Alan wrote in 1988 called 'Sword of the East' but after hearing Alan performance they asked him to do Bass on the entire album because of his unique Bass style Alan brought to their sound.

The album went on to be a huge hit in their genre and Alan went on to record 7 more albums with them.

In 2007 Alan left Hawkwind again and for good, unhappy with the bands attitude and behavior and soon after Alan released a new solo album called "Human on the Outside". It's success and favorable reviews showed Alan's drive and determination to success, while Hawkwind's new album that same year was slated, the lack of Alan's input was mentioned many times as the reason.

In 2008 a compilation of Alan's demos he'd recorded from 1985-2004 was issued as a 4 CD collectors Boxset named "Four-Track-Mind" This was a limited edition of 500, sold in the UK only and soon sold out. It’s now available again on Cleopatra Records in CA.

Alan was also involved in several other projects in 2008 working with former Hawkwindvocalist Bridget Wishart on a project called "Djinn", and with Nik Turner (original Hawkwind founder) revived Hawklords with Harvey Bainbridge and Steve Swindells with a very successful UK and European tour, live album and DVD.

In the same year Alan revived his teen years band 'Gunslinger' a band he started in 1981 aged 18 with cousin Nigel Potter. They recorded one song and put it on the new Gunslinger 'MySpace' site. Within a week it had 12,000 plays! So a new album 'Earthquake in E Minor' was recorded of 12 songs written by Alan between 1981-82.

In 2009 Alan released another solo album called 'Eclectic Devils' and for the next five years produced a further four solo albums and formed the band The Psychedelic Warlords to celebrate Lemmy's time with the band.

As Alan is the only Bass player that can play Lemmy's style he was asked by many fans to celebrate the 40th anniversary of 3 albums and was soon asked to headlined the opening night to a crowd of 4,000 at the prestigious 'Roadburn Festival' in Holland. Followed by 2 years of successful crowd pleasing tours with the Psychedelic Warlords in the UK.

Alan invested in a new state of the art recording studio and spent all his spare time learning how to produce music for movies and TV and to learn to mix and produce more professionally knowing this is what he'd like to do in the future which came to fruition in 2016 after a meeting with Brian Perera (CEO of Cleopatra Music & Film) and Matt Green (the Vice President of Acquisitions) who instantly recognized Alan's potential in the industry due to his unique atmospheric compositions and other very varied music on his previous solo albums, some of which have already been chosen for a new movie in the making and many tv and radio shows worldwide.

This is a new start of a new career for Alan, teaming up with the LA based Record and Film Company Cleopatra. Alan is working on many pieces of music for Cleopatra have many more projects in the pipeline.

A new Gunslinger album has already been started for release in 2021.

Plans to record another new Pink Fairies album with Paul Rudolph (bass & guitar for Brian Eno and Pink Fairies) are also in place for 2021.

A new Bedouin album called 'Time is made of Gold' was released in 2018 and available on Cleopatra with guest vocalist Michelle Jimenez-Alder, whose vocals are reminiscent of Janis Joplin, Tina Turner & Kate Bush.

Alan recently wrote the music, played bass on and co produced the title track for a movie Lemmy was in called 'Sunset Society'. He was given the vocal file Lemmy had recorded in 2009 and asked by Cleopatra Recs to write music for it and play the Bass on it in Lemmy's style, an easy ask for Boomer.!

Alan shows no signs of slowing down and by all account he’s getting busier and faster and more creative.! 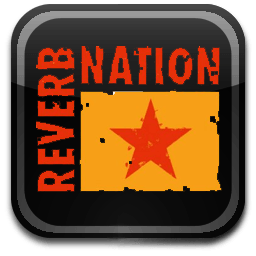